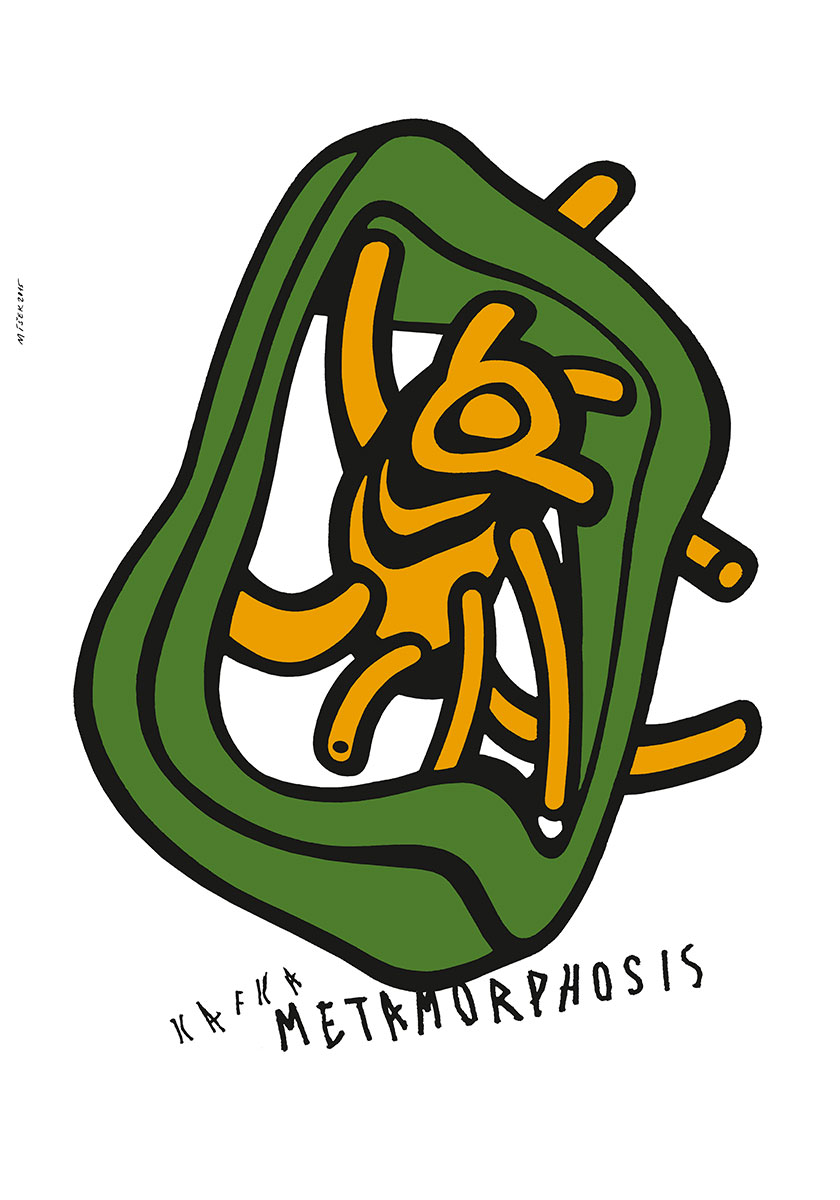 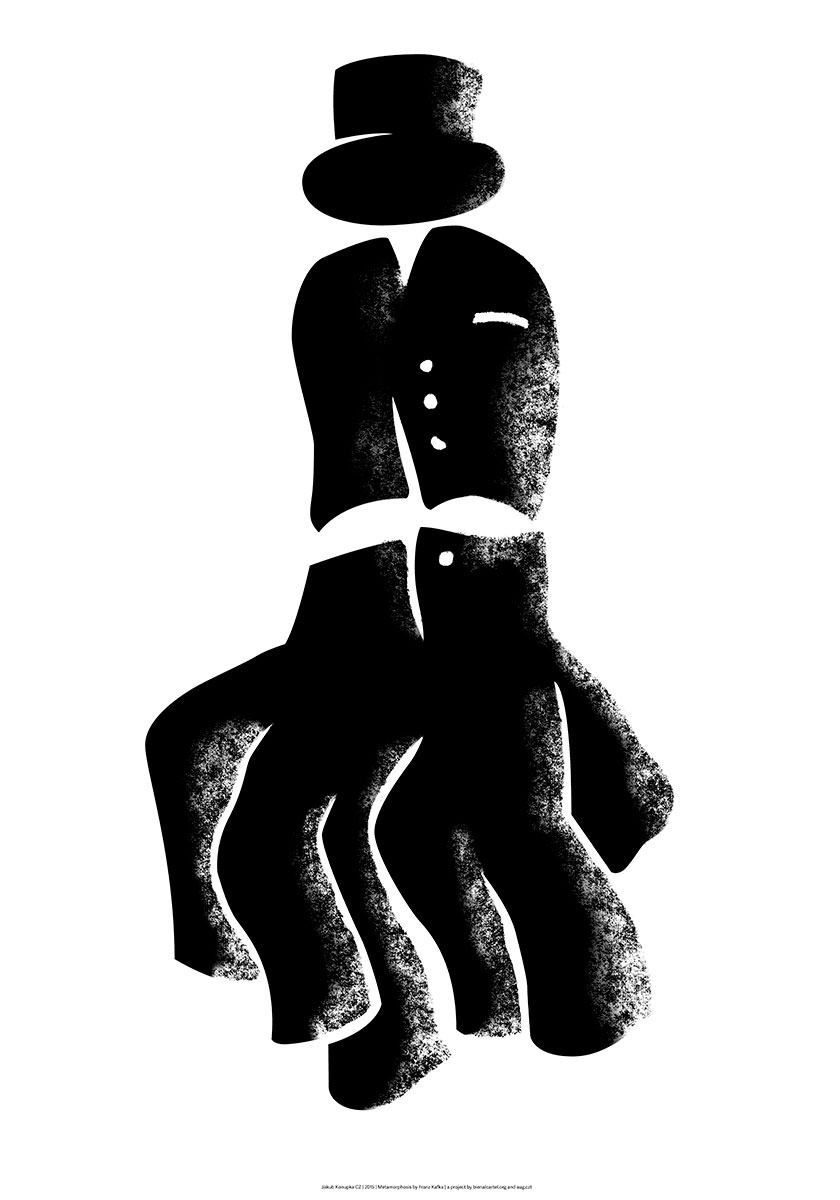 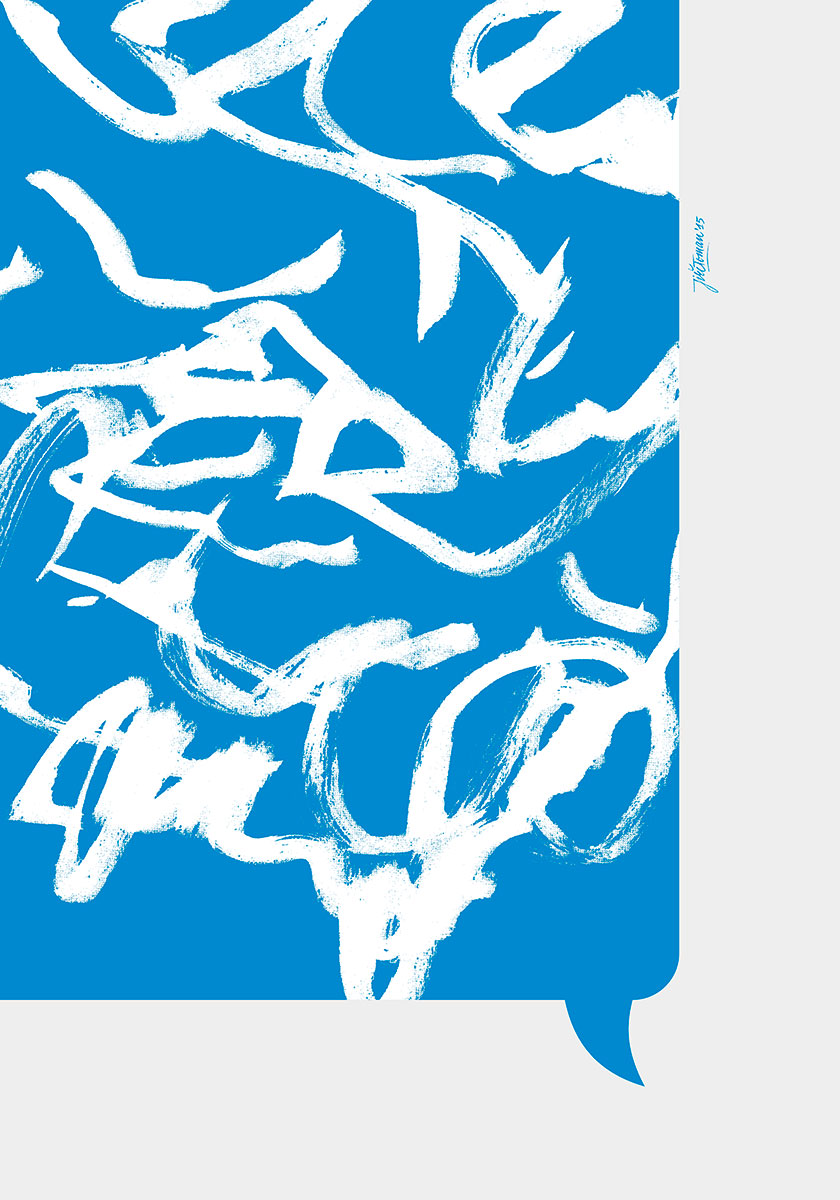 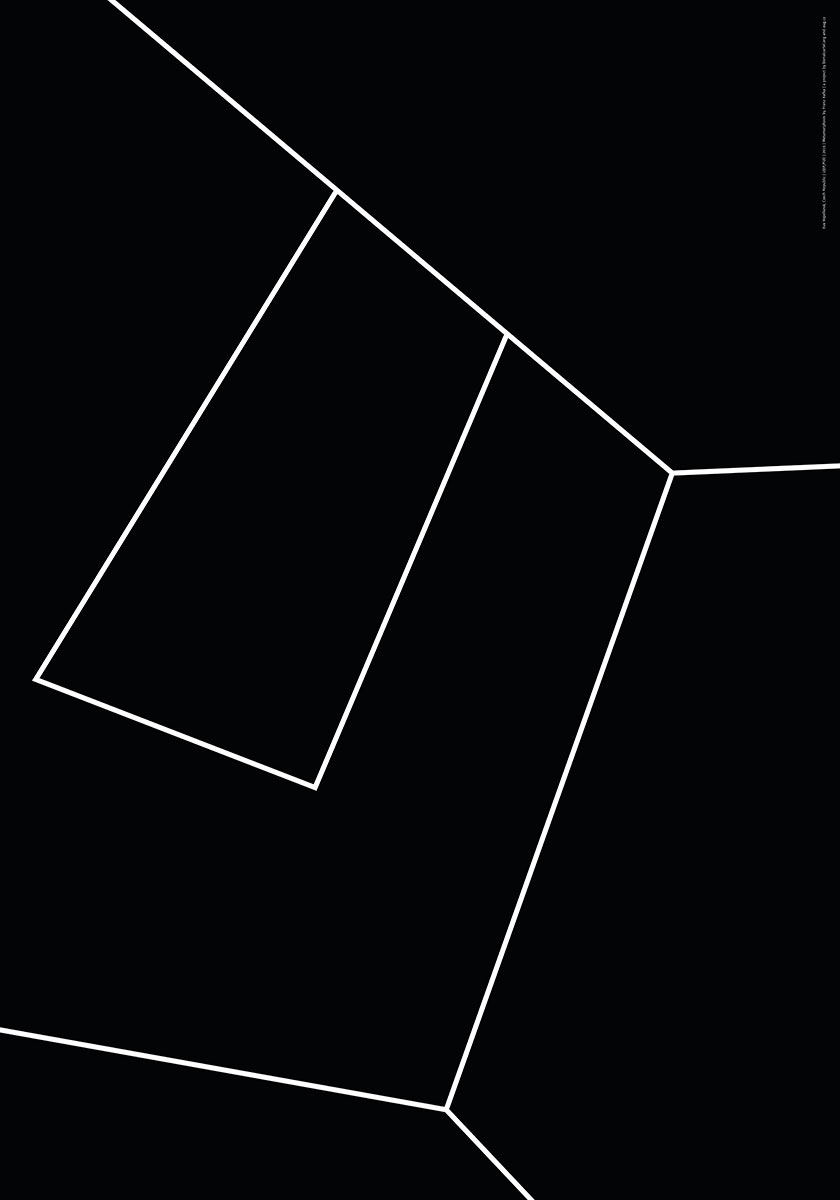 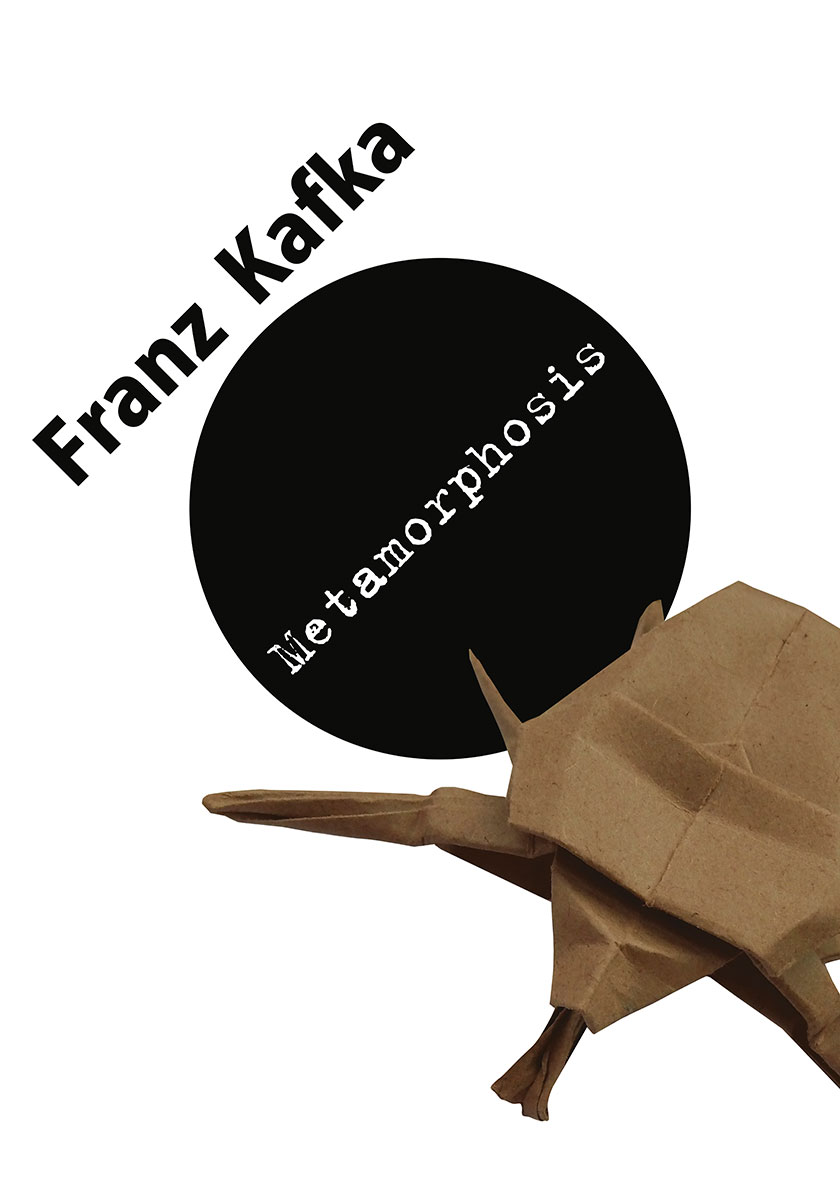 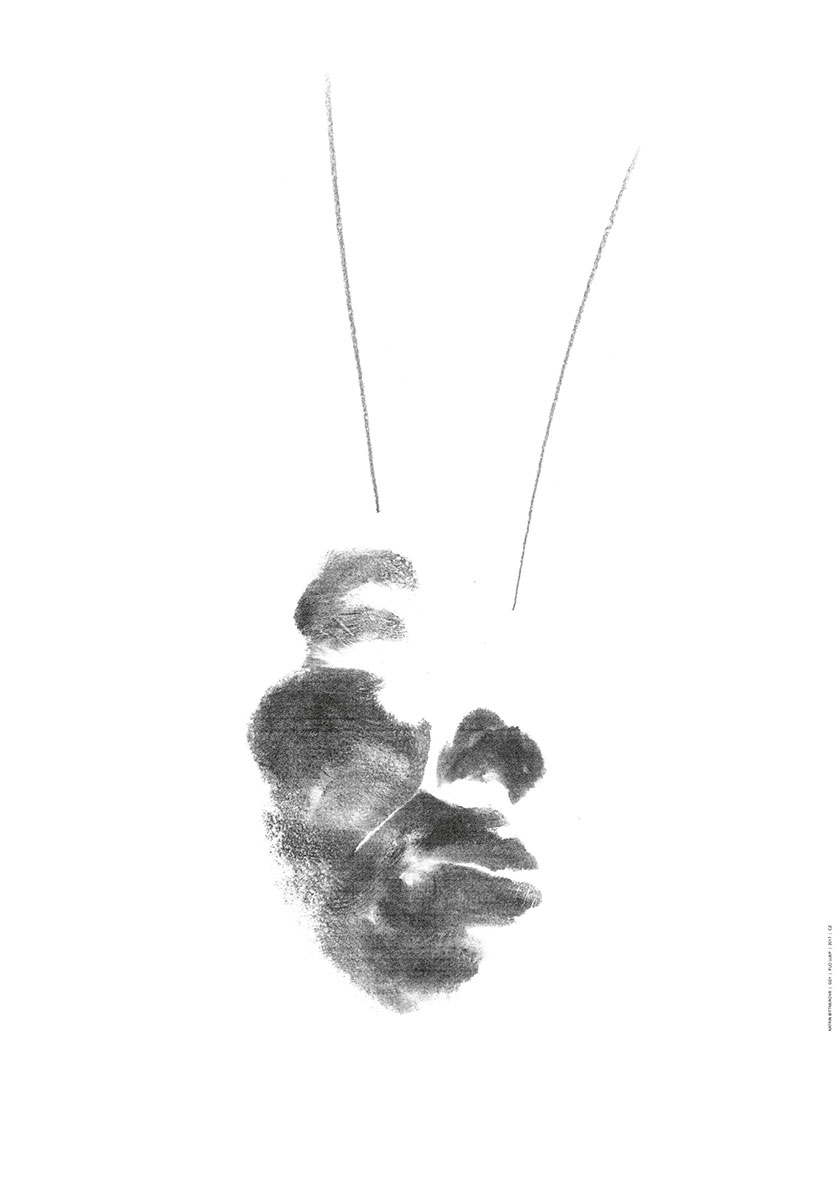 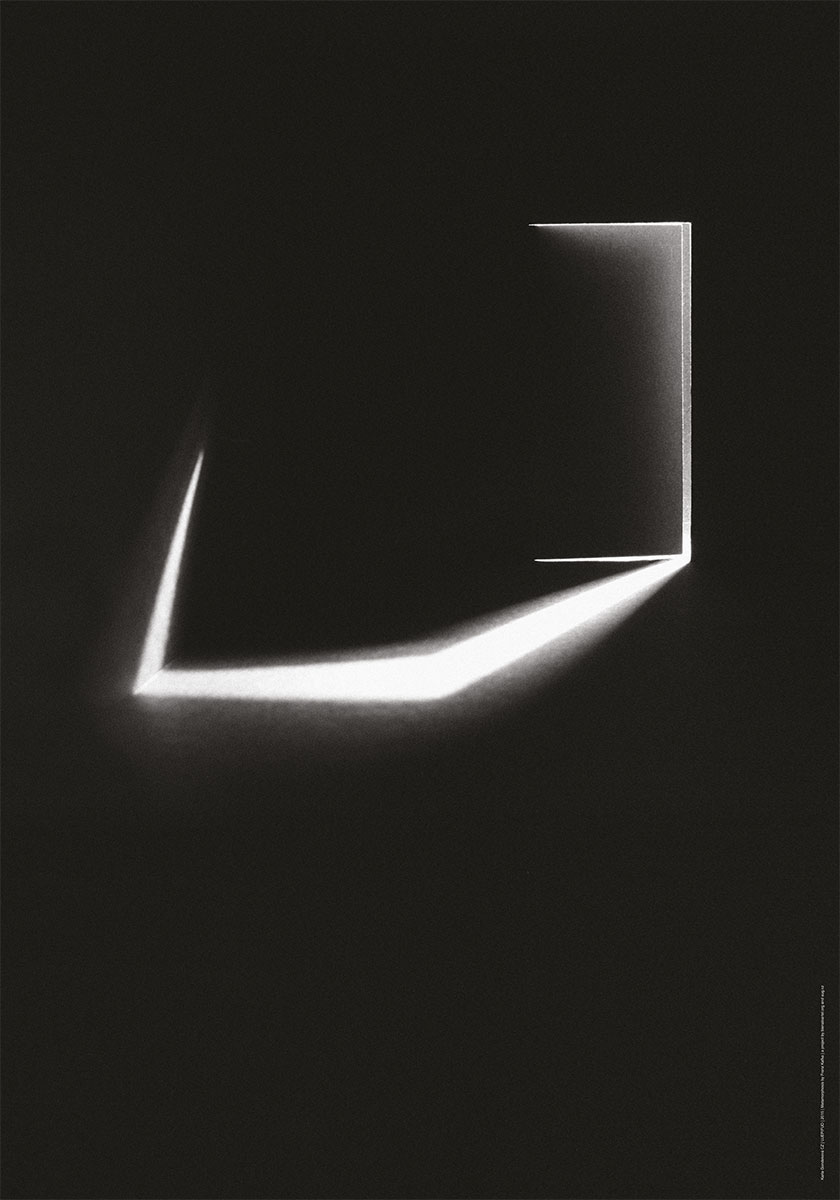 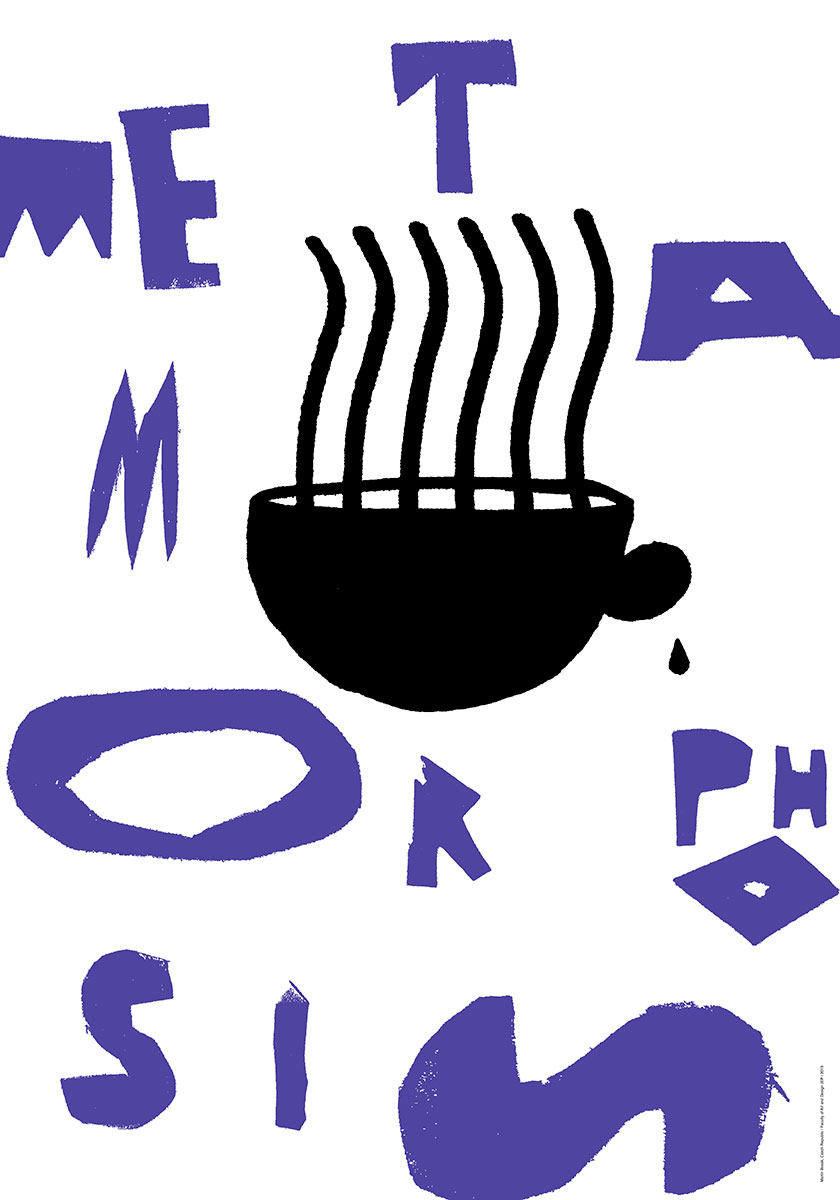 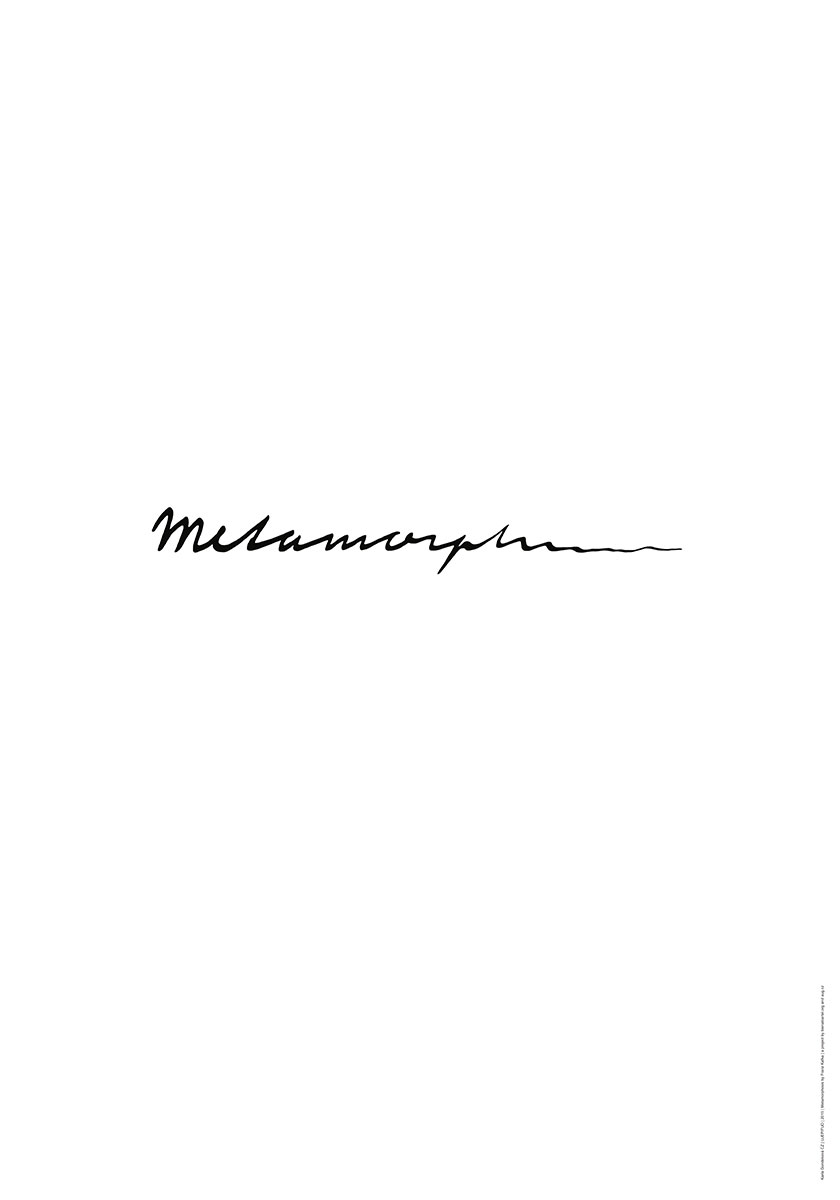 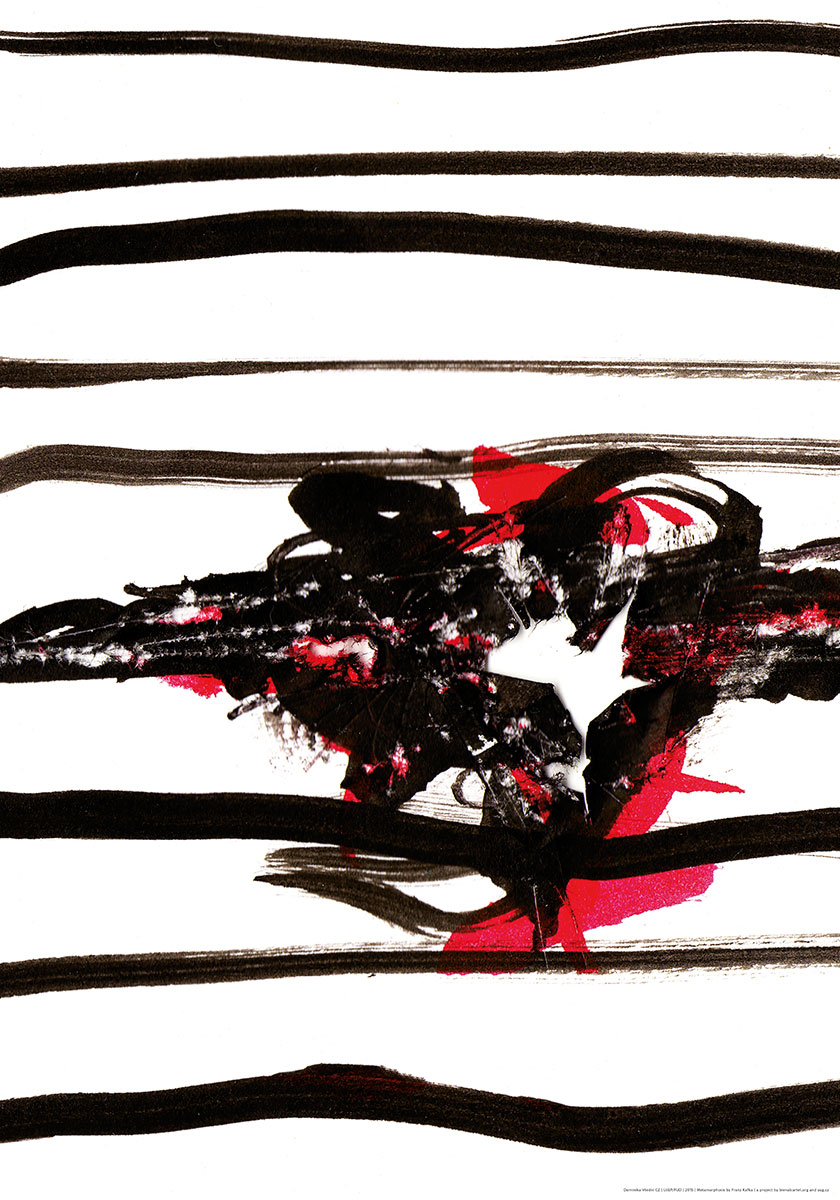 “True, he had not slept peacefully, but probably all the more deeply because of that.”

It is a proposition made in one of the most owed fictions in the literature of the 20th century. It successfully reflects the futility of existence, so characteristic of the Jewish Czech writer Franz Kafka. Victim of a complex situation of paternal rejection, along with constant family inferiority and incompatibility, Kafka brought to existence a substantial literary work out of an eloquent anxiety, in which he vehemently exudes his frustration and solitude, known worldwide as The Metamorphosis.

A hundred years after its publication, the International Poster Biennial in Mexico (IPBM) in cooperation with the Association of Applied Graphics and Graphic Design of the Czech Republic (AUG) convened students and professionals in graphic design and visual communication to participate in the Poster Exposition on the Centenary of The Metamorphosis by Franz Kafka, trace of an uneasy sleep.

The workshop directly followed-up the project, challenging participants to expand the poster collection with fresh artworks, commemorating the century of The Metamorphosis: either to praise Kafka’s formidable literary work through a compound that represents the remains that until today leave a trace on those who emerge in the Kafkian world or to keep promulgating the magnificence of this world. In the preservation of Kafka’s dream resides the fact that Kafka will continue to dream of us.