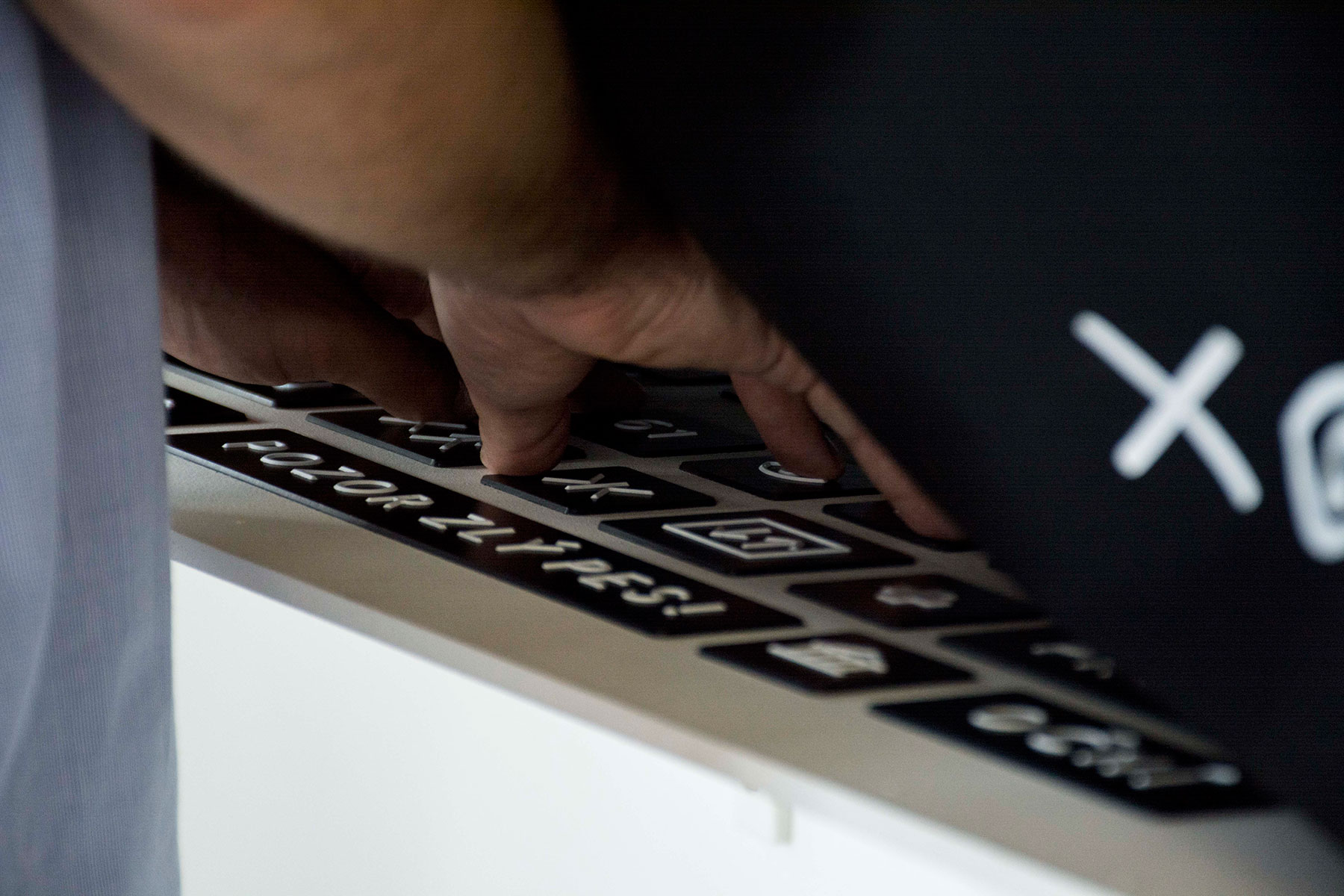 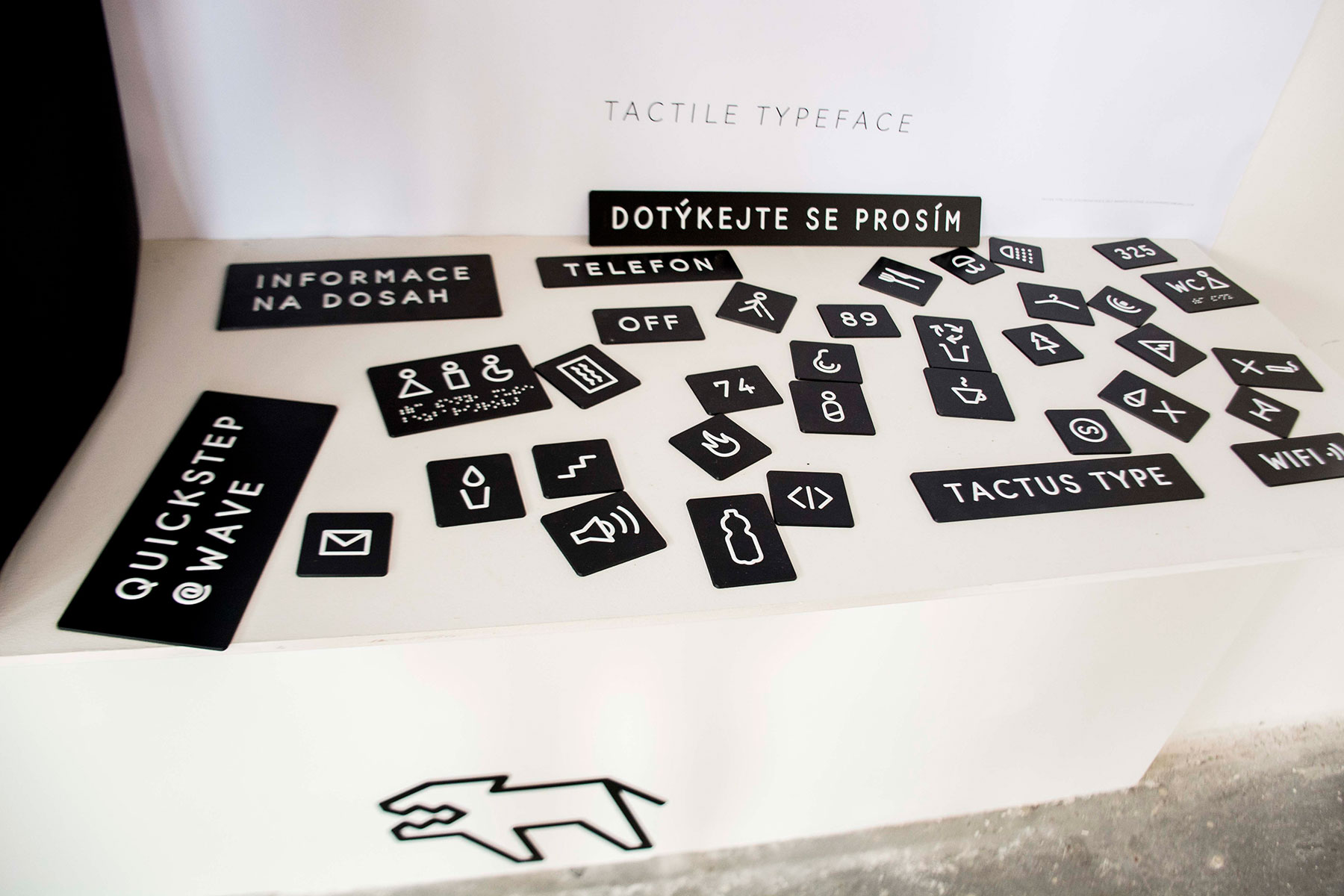 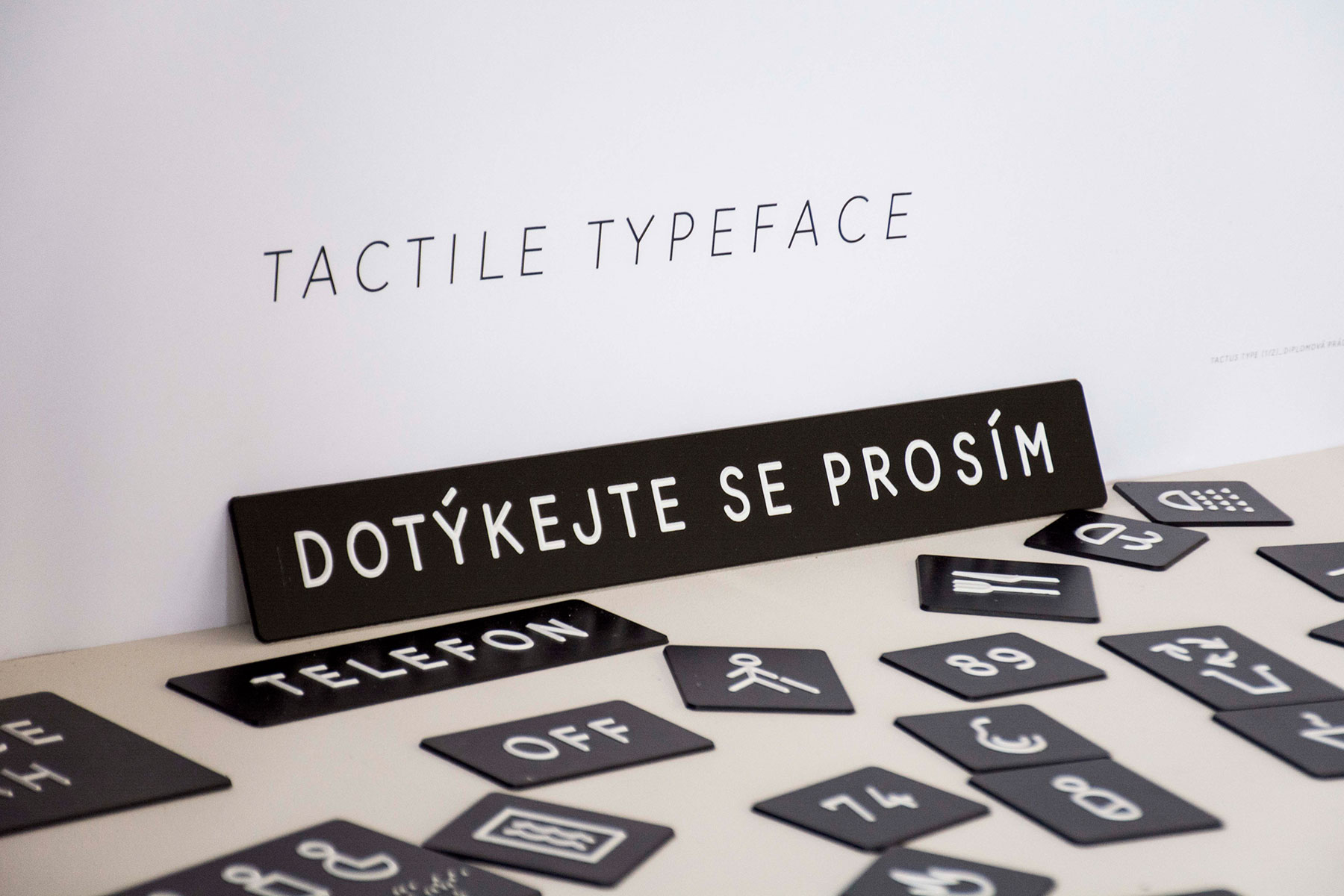 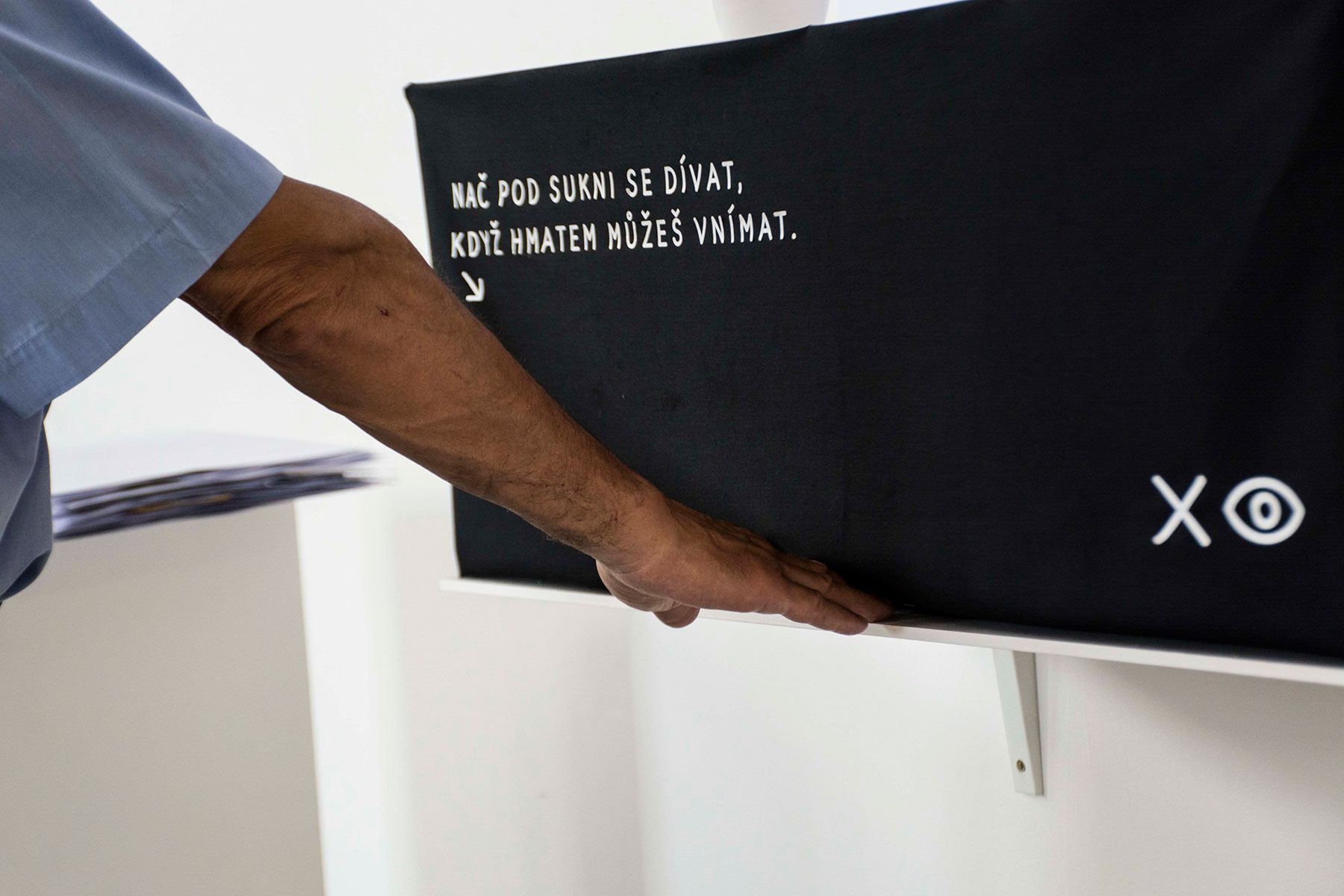 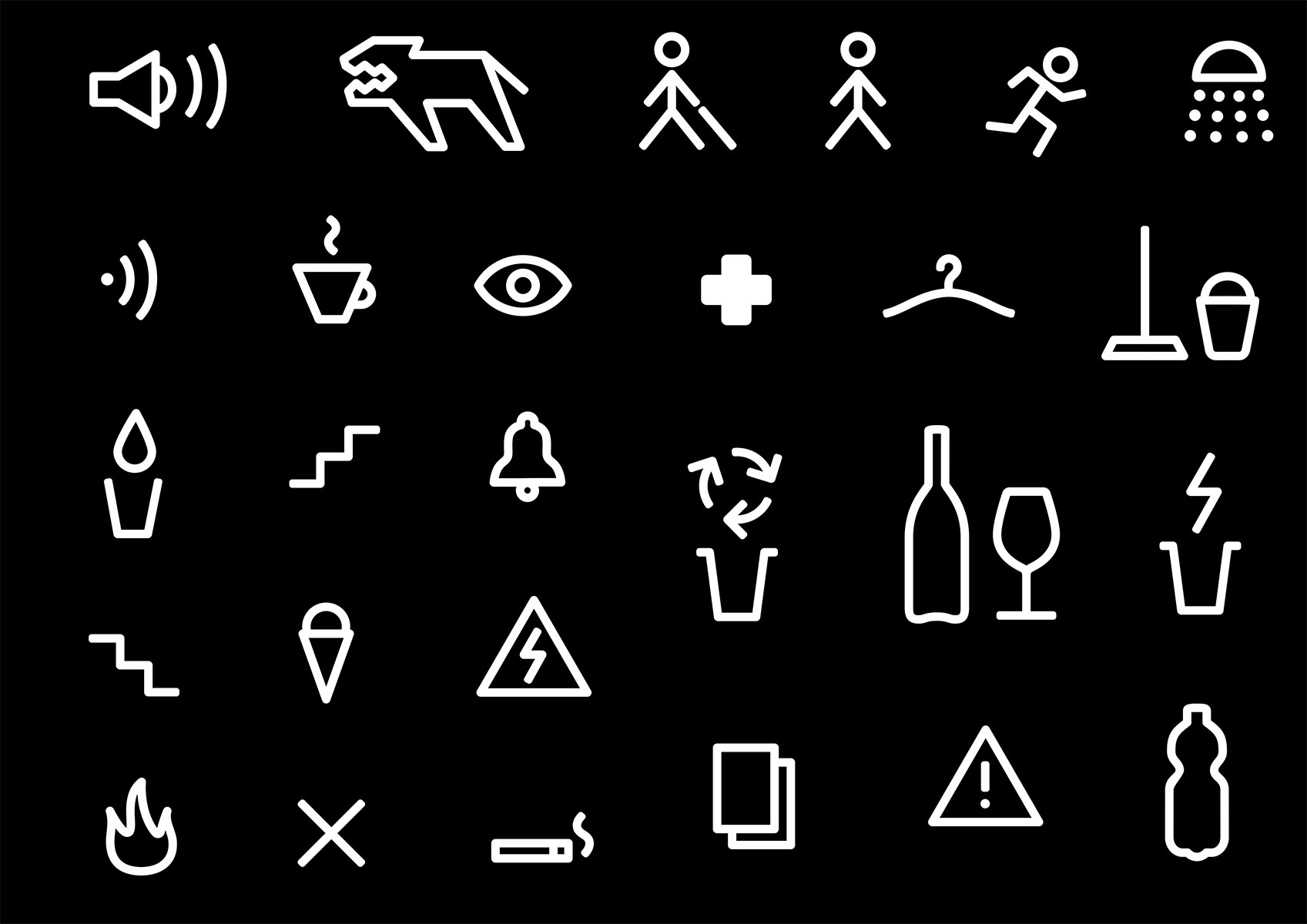 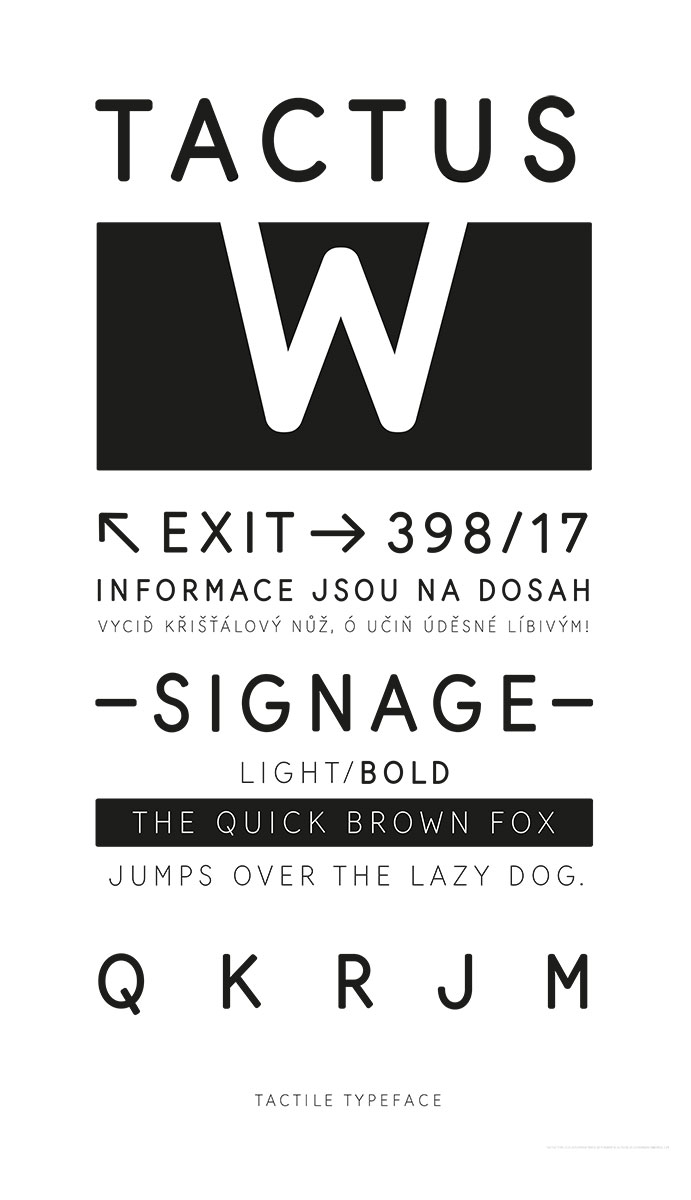 The diploma thesis is focused on tactile elements of orientation systems for people with visual impairment. The aim was to create a tactile or embossed font with pictograms that would be tactilely readable and covered the requirements for guidance systems for the visually impaired. In the theoretical part, the perception of the world of the blind, including specific visual impairments, It was studied primarily not only from the haptic point of view. It also looked at issues of orientation systems for the visually impaired and the history of tactile writing. In the framework of the realization, It was researched of existing fonts and pictograms. It was carried out consultation with typhlopeds and sample testing of the target group. The practical part consists of 2D and 3D form of tactile fonts Tactus Type together with pictograms and a manual for their use. Part of the diploma thesis is a pictorial supplement containing research, photodocumentation of final products and final form of 2D and 3D font Tactus Type together with set of pictograms.